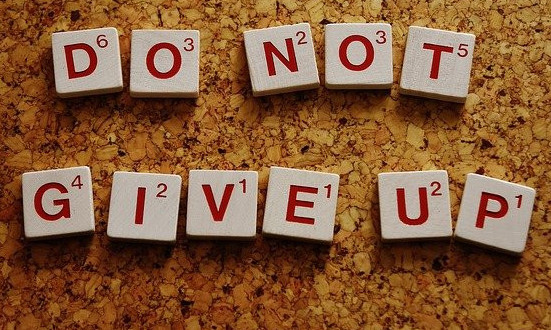 Whatever you do in life, if you know something works, you should be able to succeed, if others have previously proven the method. There may be set-backs, and you may have to find out more information, and the re-adjust what you are doing slightly, but The Power Of Not Giving Up, should see you through. See how a journey can change beyond recognition, in a relatively short time. From a place of “wanting something different” in life, and going against cultural values, one man shows strength of character, and sheer determination to succeed. His name is Amrit Atwal, and this is his road from 7-Eleven to 6-Figure income. This is his success story!

Disclosure: This post may contain affiliate links, meaning I may get a commission if you decide to make a purchase through one of these links. Please be assured that there is no additional cost to yourself by doing this. Please read my disclosure for more information. Thank you.

So, Where Did I Find Out About Amrit Atwal?

So, you may be thinking “WOW! 7-Eleven to 6-Figure Income, that sounds like a fascinating story! Where did you find out about Amrit Atwal?

Well, it’s been a bit of a strange year, to say the least! I found myself in-between contracts, and therefore out off work (accidentally retired!). Whilst spending time at home – lots of time at home, I got into the habit of listening to podcasts as I needed something to distract me, as I was busy decorating our lounge (not my favourite pastime!). 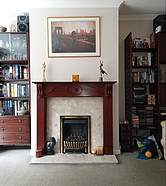 One of the podcasts I came across was Travel Like A Boss, hosted by Johnny F.D., a Digital Nomad based out of, well, wherever he wants to spend time, but mainly Chiang Mai, Thailand.

He is an entrepreneur who initially made his money drop shipping high value items, and has since increased his income streams, and indeed, podcasts, as he now co-hosts with Sam Marks on the “Invest Like A Boss” podcast as well. In his early days in Asia, he also wrote the book 12 Weeks In Thailand where he describes how to live the good life on the cheap, for $600/month.

Mm, Thailand!….. Bootstrapping an exciting opportunity in an awesome place, who wouldn’t want some of that?

Anyway, back to Amrit!

Growing up in the Punjab/Rajasthan area of Northern India, Amrit would have, perhaps, been expected to follow in the cultural traditions of taking on his father’s trade, and earnings level, when he grew up. However, he had dreams of doing something different: to make his own way in life, and show the world he was ambitious, and entrepreneurial. His dream was to be a “Truckie” and drive trucks for a living, and this was only the start!

But this was not something he wanted to do in his home country, even. He was on the move! 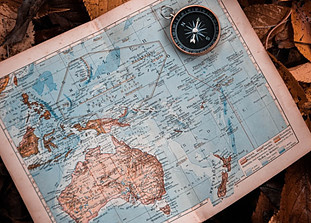 Acquiring a study visa, in 2007 he moved across the ocean to Australia, where he began a new, and very different life. After struggling to be accepted at first, he worked hard, and the locals realized the massive efforts he was making, and his good work ethic, and he started to make good progress fitting in with the Aussie life. Through a friend, a group of them moved to an apartment in Melbourne.

Things aren’t cheap in Melbourne, but they managed to get by on $45/month each. This was only possible because there were 15 of them sharing! Problem was, it was only a 1-bed apartment! It was slightly crowded, to say the least!

Things got a little better when he moved apartments, and then managed to get a job at a 7-Eleven store, and from there, went on to spend a couple of years working in a restaurant. He was now earning $420 a week.

Coming into his 20s, his dreams finally started to come true when a friend who was already driving trucks, opened the road ahead to his future, and his desire to be a “Truckie” was realized. Instead of $420, it was suddenly $720 a week.

Things were looking good! With this, and then getting citizenship, the future was looking bright, even though the 14-hour days (including a 1 hour commute each way), were pretty grueling. Things needed to change!

Life As A Business Owner

With the need to earn a good living, and also be more independent, he started looking for ways to make money online. This included a lot of sifting out of the dodgy scams, and business ideas that were unrealistic, or unworkable. It was around this time he came across an episode of Travel Like A Boss podcast, and got inspired by an episode about an Australian couple, Jose & Sherica, who were doing drop shipping (TLAB Episode 89). He could directly relate to this because he knew they were from the country where he was living, and they had proven that they could make this business work. Indeed, they were very successful with it.

From this episode, he learned of Anton Kraly’s Dropship Lifestyle course, which the Aussie couple had taken, and which had helped them make a success of their second store.

Having found this awesome podcast, he proceeded to play catch-up, listening to all the episodes up to date at that time, in the following 15 days! (that’s around 100 hour long podcasts). And this was not the only inspiration during this time. He was listening to other podcasts, and audio books as well. He was able to fit all this in because he could play these whilst doing his long-hours driving job. Great use of his time! This opened up a whole new world of opportunity for him!

Since he was so convinced that he wanted to go down the drop shipping route, having learned of the success of this business model, he bypassed the $999 course, and went all-in with a Done-For-You package (DFY), at a cost of $5000!

So, 2 weeks later, having chosen what niche he wanted to specialize in for his store, and having had the website/sore made for him, he was on his way. Unfortunately, this 1st attempt failed, due to a poor niche selection. There was not enough demand for the chosen product, and the competition already had a head start, and the upper hand over him.

Now this might have put a lot of people off, so much so, that they’d have returned to a “normal” life working for a boss until they retired. But Amrit was made of stronger stuff, and was a very determined, and driven kind of guy. He was not deterred by this setback!

“I’m the type of person, if I don’t believe in something, I will not do it. If I’m committed to it, then it’s not him(or the method), it’s me. In the first place, I will check everything, and do all the research I can do, then I will commit to it”.

He’d done his research, and had evidence from the podcast that others had been successful with this drop shipping method, so he was not about to abandon his dream, and give up!

The Power Of Not Giving Up – Down, But Not Defeated!

Determined to carry on, he decided that getting coaching was the way to go, which gave him some crucial guidance with his niche selection, which is the heart of the business.

Not having the money to commit to another DFY store, he was tasked with building his own website, which he did in 1 day, having pulled an over-nighter so he could make a meeting the next morning, which he had previously committed to.

A few days after everything on his store was done, and live, he was able to celebrate his first sale of $500. This time, his store was going to be successful: he was on his way!

Be Like Amrit Atwal – Don’t Give Up On A Good Thing! 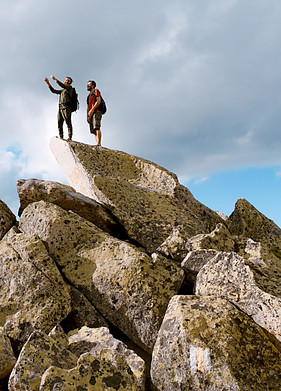 Had he quit after his first store failed, he would never have know the success that was yet to come.

Anton Kraly’s Dropship Lifestyle course, was developed for the USA market, where they could benefit from the Minimum Advertised Price policy, but there was no such MAP policy in Australia. Also, there were very high shipping costs involved, due to the size of the Australian continent. Amrit did not let these obstacles deter him. He even showed his determination, and professionalism, by traveling far and wide to actually meet potential suppliers in person, rather than just trying to gain approval to sell their products, over the phone. Traveling from Melbourne to Sydney (distance by car nearly 900km), to visit a business, is no small undertaking!

This was very worthwhile, though, as it showed he was dead serious about his business. They were quite shocked that he had gone to such great efforts to gain their trust. This is so good for the beginning of a mutually beneficial working relationship

Massive efforts lead to massive success! Within a short time, this produced increasing monthly figures, and he was able to reach a month where his monthly revenue hit $60k! The net result of this great month being a profit of $12k. 6-figure income territory had been achieved!

The Power of NOT Giving Up! – Now Here’s The Incredible Part!

Through a rock solid, positive mindset, Amrit was able to move from India to Australia. He went from working at a 7-Eleven to a 6-figure income in just a few short years. All this is made even more amazing when you consider that…

This goes to show that…

Success Stories From Others Who Believed in The Power of NOT Giving Up!

So, that was Amrit’s story about the power of not giving up.

If any of this resonated with you, here are some more inspiring stories to check out!

A Great Listen, Whilst Driving Your Truck! 🙂

When I listened to this episode, it just blew my mind!

Listen for yourself on Spotify.

Wishing you much success……….

From The Desk Of THE INFINITE AFFILIATE

If you’d like to know more, drop me a comment below.  I’d love to hear your views. Thanks.

Ad – Level up your skills!